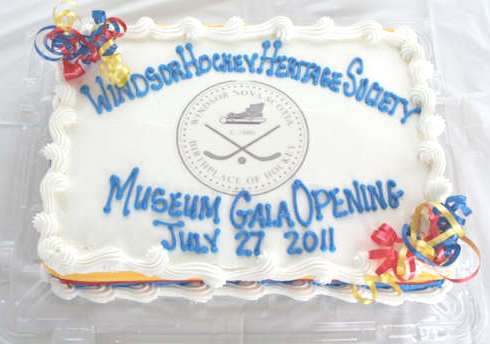 The Windsor Hockey Heritage was initially opened in 1993 on Gerrish Street in Windsor. Here it successfully fulfilled its mandate of sharing the proud hockey history of Windsor and its role in the evolution and development of ice hockey.

In June 2011 the Museum to its new location at Clifton House (now known as the Haliburton House Museum), the home of Thomas Chandler Haliburton. It is a fitting connection for the museum’s new location particularly given the original quote by Haliburton in his book The Attache with its early reference to “hurley on the long pond on the ice. ”

These images reflect the opening celebrations on July 27, 2011 for hockey’s ‘return’ to Haliburton house.