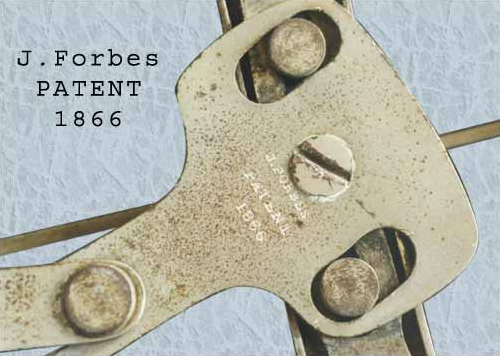 In 1866, a skate especially designed for Ice Hockey was developed with a rounded front and back on a wider blade.

It was these skates that the rest of Canada’s hockeyists used as they first learned and then honed their skills at playing Nova Scotia’s wonderful winter game. Starr “Hockey” skates scored with Canada’s Ice Hockey players, and facilitated the development of the game like nothing else before or since.

Indeed, when McGill University first photographed its hockey team on ice in 1881, a close look at the players’ feet shows them wearing both Starr “Acme Club” Skates and Starr “Hockey” Skates, the only ones of that type available in the world at that time.

In 1899 when the Edmonton Ladies’ Hockey Team arranged a similar photograph, the centre of interest is the ladies applying their world-famous Starr “Acme Club” Skates.

In the 1890s, Starr developed a steel mound on the upper part of the skate blade especially for the Goal Tender, in order to prevent the puck from scoring by passing through the skate blade.

The so-called “Puck-Stop” has been used on “goalie” skates to this very day. At the turn of the century, The Starr Mfg. Co., which by then was selling single blade skates which attached to boots (bought separately) with small screws, developed a light-weight steel tube skate which was attached to boots at the factory.

The “Silver King” Tube Skate – 1900 The “Silver King” tube skate was the favourite of skatists and hockeyists alike as it appeared in 1900. As late as 1927, legendary NHL manager Art Ross was still endorsing Starr “Hockey” Tube Skates for the entire Boston Bruins Hockey team.

In 1938, because of cheaper imported skates from Europe, and a narrowing margin on wholesale profits, the Starr Mfg. Co. bowed to these pressures and ceased producing the famous Starr skates. Likewise, the company, which had been producing and distributing hand-made Micmac hockey sticks, long the favorite of Canada’s hockeyists, succumbed to the pressure of both lower prices and superior goods produced mechanically by other factories elsewhere in Canada.