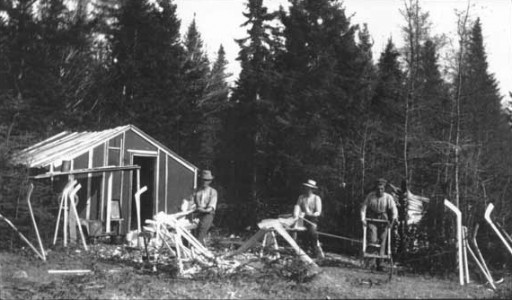 Canada’s native population did not record in ‘hard-copy’ the history of their nations. Rather, they had appointed ‘story tellers’ who passed on knowledge of their culture from generation to generation in the form of ‘oral history’. As a result of research into Mi’kmaq culture and history, we have evidence as to the methods used to make the earliest sticks. More recently, a photo taken at the turn of the century was donated to the WHHS that shows Mi’kmaq craftsmen hand-carving Ice Hockey sticks at the edge of the forest. This wonderful photo confirms the oral history of the Mi’Kmaq. The early Ice Hockey sticks were carved from Hornbeam trees (Ostrya Virginiana), which are native to Nova Scotia and provide a very durable hardwood. One of the tools used in the carving of Hockey sticks was known as a “Crooked Knife”. 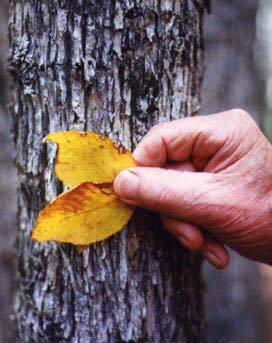 As a result of the huge numbers of Ice Hockey sticks made using these methods by Mi’kmaq, local supplies of Hornbeam were largely depleted and the Mi’kmaq then turned to the yellow birch, another hard wood which possesses the same characteristics.

In the early years of the development of the game, sticks were simply called after the name of the game. Thus boys played with “Hurleys” and later with “Hockeys”, rather than with “hurley sticks” and “hockey sticks” as they do today.

The history of Hurley, which is also called Hurling, as recorded by Ireland’s Gaelic Athletic Association (GAA) shows that sticks used to play the game in the 1700-1800s and early 1900s were very similar to present day Ice Hockey sticks. However, since the hurley ball is actually balanced on the blade part of the time as the player runs with it, the shape of the blade was altered in 1920 to better accommodate that feature of the game. That newly adopted shape, with a shorter and wider blade, has been retained to this day. Hurley sticks are classically carved from the wood of the ash tree. 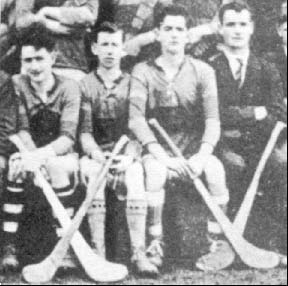 …”When the soldiers were transferred to military posts along the St. Lawrence and the Great Lakes, they took the game with them; and for some time afterwards continued to send to Dartmouth Indians for the necessary sticks.”