The boys who began playing Hurley on Ice, and those who, for many years after that followed their lead, learned the common rules of the game. Whether they wrote them down at that time in a form that could be preserved has not yet been discovered. It is very likely that they did not. It was not common for people to keep such records as new games evolved. To illustrate, the Irish game of Hurley, from which Ice Hockey evolved, was played back as early as the Fourteenth Century, but the Original Rules for Hurley and Football were not published until Feb. 7, 1885. In other words, the Irish played their National Game for five centuries before they recorded the rules in print. Likewise, the Greeks and Romans are known to have engaged in the sport of Boxing from 2000 B.C. before the Marquis of Queensbury wrote the Rules of Boxing in 1867. However, regarding the rules of Nova Scotia’s game of Ice Hockey, one Nova Scotian gentleman who played the game in the 1860s in the Dartmouth/Halifax area told all that he knew about the rules of the early game in an interview.

Byron Weston who played with teams of friends in the Dartmouth area, engaged in games with the Mi’kmaq as well, on the Dartmouth lakes and frozen inlets of Halifax harbour. Weston went on to military service and became a Colonel. He became President of the Dartmouth Amateur Athletic Association in his senior years. He listed the rules which governed play all the years that he was involved in Ice Hockey as it evolved from Ice Hurley. Weston played the game when it was known by both names. 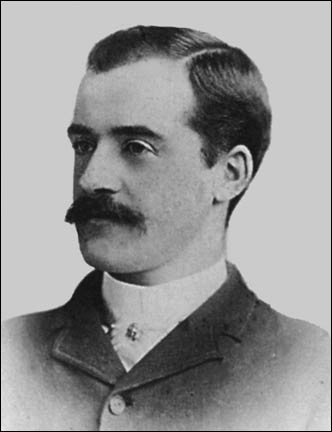 The Halifax Rules as recorded by James Power:

In his own words, these were the rules used as Colonel Weston and his friends played the game in the mid 1800s. It is very likely that the rules were much the same from the beginning, a mere five decades before. Players then, as today, know the rules by heart, and usually saw no reason to write them down. They were interested in playing the game. Other matters concerning the game were left for management and academics. Still, the Nova Scotians out-classed the boxers, football and hurley players and other world sportsmen by recording the rules of their game within the first fifty years of its origin, rather than centuries later.

It has been said by some that the earliest record we have of rules of Ice Hockey being “published” were recorded in Montreal in 1877, that we therefore should consider Montreal to be the place where Ice Hockey originated. But, there has long been evidence that the rules used as Montreal players engaged in their first public games, on March 3, 1875 were the Halifax Hockey Club Rules, taken to Montreal by Creighton in 1872 along with the game. This in itself indicates that the game was played in Nova Scotia previous to Montreal for if Ice Hockey was new to Montreal and was taken there by J. G. A. Creighton, what else would he have to guide him in teaching the game to his new Montreal friends except the rules from home – The Halifax Hockey Club Rules? Does it not also imply that there was a “Hockey Club” in Halifax at the time?

Provincial Archivist C. Bruce Fergusson, who published an essay on the subject in the Nova Scotia Journal of Education in 1965 explained that, the fact that such a set of rules existed, signified hockey activity in the Halifax area and concluded the article by asking the question, “Is it not reasonable to consider that the rules were composed on ice and not simply on paper?” However, William “Bill” Fitsell of Kingston, Ontario, in his book, Hockey’s Captains Colonels and Kings, (Boston Mills Press, Erin, Ont.) denies the ‘Halifax Rules’ connection and says that the rules used by the Montreal teams were “a modification”. It is natural that they would be, for the players in Montreal had been practicing Ice Hockey for three years since Creighton of Halifax introduced the game to them in the 1872-73 season. It would be expected that they would ‘modify’ the rules in that early stage of development of the game, just as hockeyists have done almost every year since! Mr. Fitsell further explains that the rules were influenced by “The Hockey Association Code”, which applied to English field hockey and which had been formulated and released in 1875. Field Hockey had been played in England since the 1400s and the English had “just gotten around to” putting the rules in print in 1875. (It may even be that in the writing of the Rules of Boxing in 1867, the Marquis of Queensbury started a trend toward standardization of rules for all games.) None of that takes away from the fact that Halifax Rules existed and were used by the first Montreal teams. The “modification” that Mr. Fitsell spoke of, had to be based on the Halifax Rules which Creighton used as he taught the new players, along with modifications from the newly coded rules of hurley, football, lacrosse and field hockey, all of which Montreal’s athletes were playing at the time. Indeed, athletes in Nova Scotia where Creighton had come from were also playing all those same games.